Our Bucking Bulls are WINNING!

This calf is just a flat out bucker! This is his trip from last weekend getting marked 94.1 at the Claim-A-Bull Bucking Series in Ada, Ok. Super excited to see where he plants himself among the ranks of the top yearlings in the country after a couple more trips! As always big thanks to Ted A Keeling and Braxton Laughlin for allowing us to be a part of this calf’s ride!

Karate All Knight is fire branded 743, and was raised in east Texas by Texas Ted Keeling of the All Star Ranch. He is sired by 94X Oyster Creek (009 Showtime) and out of a 018 Cowtown daughter! Courtesy of Bucking Stock Bulls. 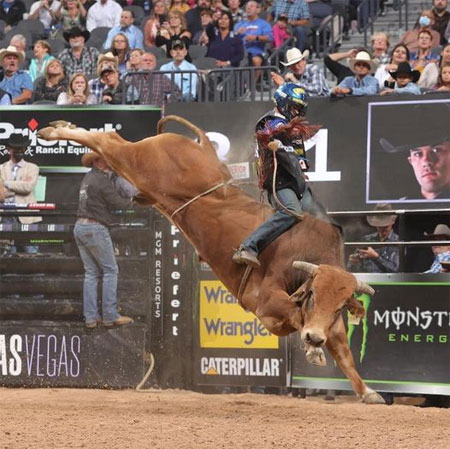 She was born in 1997 on the Frick Ranch in Marlow, Oklahoma! She is the dam to 6x PBR Finals and 2x Official NFR Experience bull, F12 Scene of the Crash of Frontier Rodeo Company! She was sold in a group of cows to Brad Fudge. He later sold her in a set of cows. Many great cows came by way of Brad including the great MS0 cow! Everything that passed through his hands got the famous “FUDGE” brand on the rib cage. 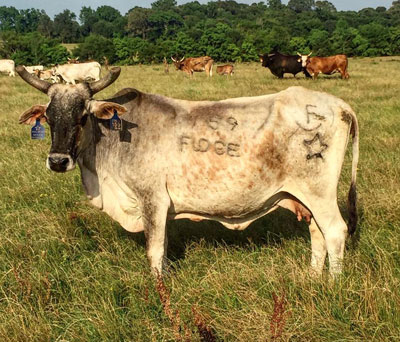 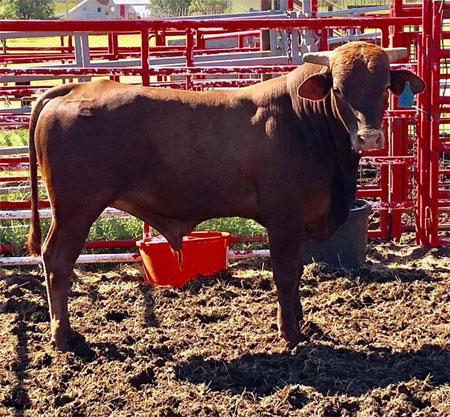 701 Livin Large was born in Comanche, OK by the Ellis family. 6-C and Ted Keeling teamed up to purchase the 2017 model bull calves from Ellis family. It sure paid off because 701 is leading the yearling standings with almost $30,000 won going in to the finals. He picked up his first big win at Bordertown Casino and Arena in August of this year and cashing in for more than $11,000. The 6-C crew is sure good at keeping them dialed in and ready to go. Don’t expect 701 Livin Large to slip up when all the chips are on the table in Las Vegas!

CONGRATULATIONS TO OUR PARTNERS, 6-C/JUSTIN COX, AND DUSTIN & AMY WELCH! 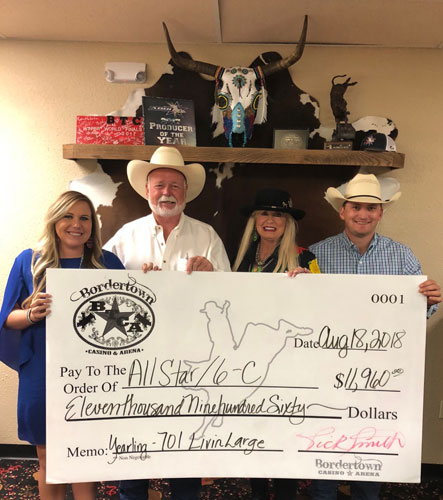 In a field of 121 of the best yearling in the country, All Star Ranch had: 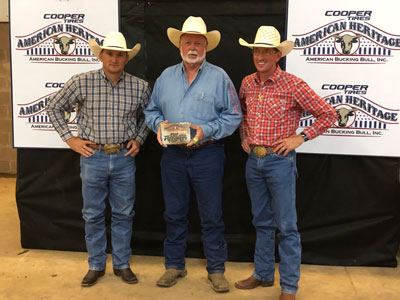 Today has been a blessed day for ALL STAR RANCH at the UBBI NATIONAL FINALS... Our futurity bull LITTLE TEXAS placed 2nd and earned title of "2016 RESERVE WORLD CHAMPION FUTURITY BULL"...The little fellow trailed the winner/World Champion by only a half point ...TEXAS TED and I couldn't be prouder of him.

We would like to extend a special appreciation to our Bull Handler/Manage, JUSTIN COX, for a job well done. With his expertise in both knowledge of Bulls and training, we look forward to an exciting new season. 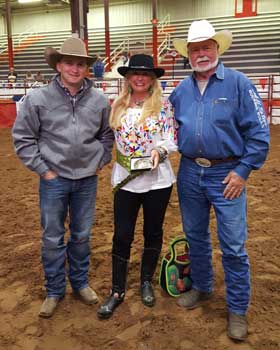